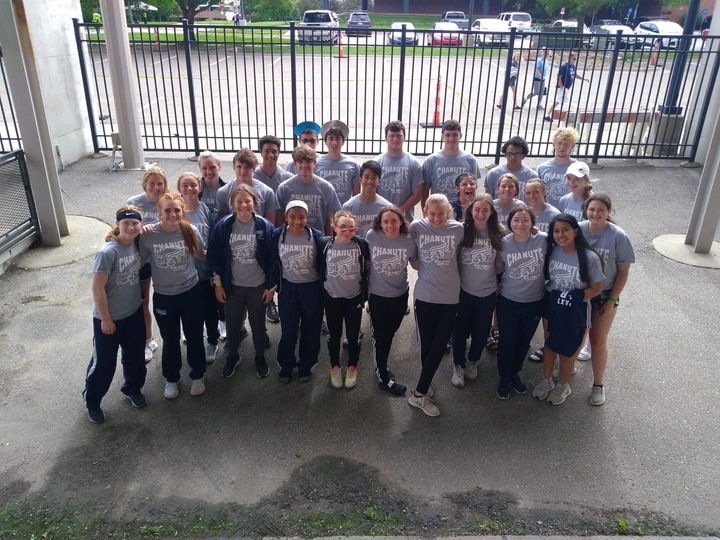 For a second straight year, Chanute High School has been named the winner of the Martin Rohde Southeast Kansas League All-Sports Award for the 2020-21 school year.

The award, which began at the end of the 1976-77 school year, was named after the long-time Pittsburg educator and coach.

One year after being altered due to the cancellation of the spring sports season because of the COVID-19 pandemic, the Rohde Award returned to its full format this season, including 17 total sports championships during the fall, winter and spring seasons. Although schools also compete in boys’ and girls’ swimming, they have not been declared official sports as of yet by the SEK.

Chanute claimed the all-sports award for a second straight year and the fifth time ever — previously doing so in 2006-07, 2012-13 and 2014-15. A year ago, the Blue Comets ended a string of four consecutive awards won by Pittsburg, which still holds the most in SEK history with 15. Fort Scott is second on the all-time list with 9, followed by Independence in third with 7, Labette County in fourth with 6, Chanute in fifth, and Parsons and Field Kindley tied for sixth with 2 each. Columbus, Iola and Ottawa never won the Rohde Award during the years they competed in the Southeast Kansas League.

This year, the award was once again tightly contested with just 2.5 points separating first-place Chanute (76) and second-place Pittsburg (73.5) in the final SEK standings.

Third place in the final standings went to Fort Scott with 62 points, while Independence came in fourth at 61. The Tigers won four league titles during the school year, including football, girls’ cross country, girls’ wrestling, and baseball in a tie with Chanute. The Bulldogs earned three league championships, including girls’ tennis, boys’ tennis and boys’ golf.

Rounding out the final standings for the Rohde Award, Labette County finished in fifth place with 54 points, followed by Field Kindley in sixth with 32 and Parsons in seventh at 28.5. Labette County won two league championships in volleyball and girls’ basketball, while Field Kindley claimed one title in soccer. Parsons did not win an SEK championship during the 2020-21 school year.

*Parsons and Pittsburg were not scored in football as they chose to play as independents.

*Parsons and Labette County were not scored in soccer. Parsons was not eligible for the league championship in its inaugural season. Labette County did not have a team.

*Independence, Field Kindley and Parsons were not scored for girls’ cross country as they did not have enough participants in the league meet.

*Independence and Parsons were not scored for boys’ cross country as they did not have enough participants in the league meet.

*Fort Scott and Parsons were not scored in girls’ golf as they did not field a complete team for each league tournament, making them ineligible for the championship. Field Kindley did not participate.

*Parsons was not scored in girls’ wrestling as it did not participate in the league championships.

*Parsons was not scored in boys’ golf as it did not field a complete team for each league tournament, making it ineligible for the championship.