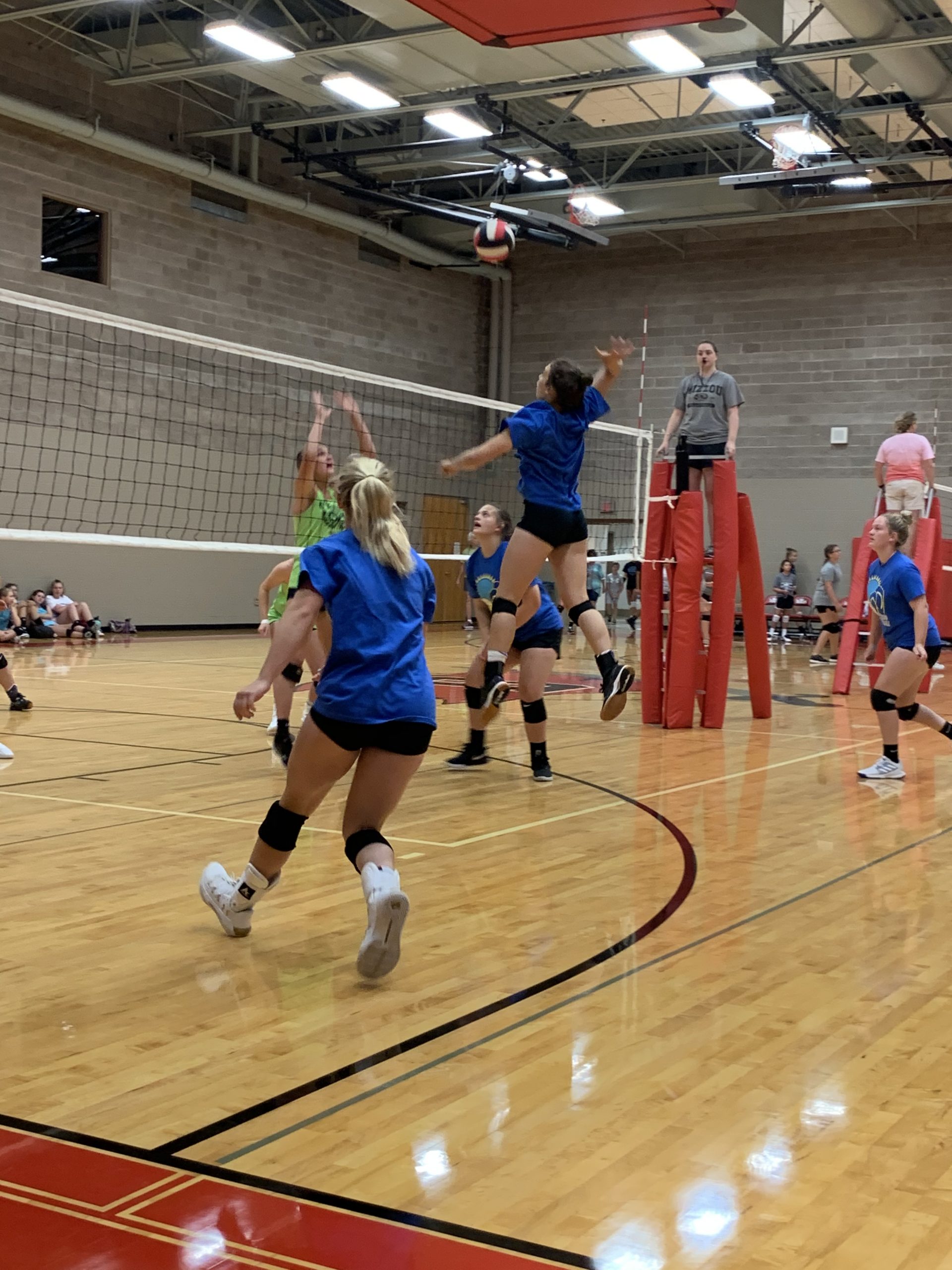 First Place in the Iola, Oswego, and Uniontown tournaments.

Riverton continued to add to its recent success (98 matches won 2017-2019) with a 34 win season and three tournament championships. The season came to end with a tough three-set loss to Frontenac in the Substate Championship.

With the exception of Emma at the setting position, Riverton will be extremely young. We will need some young hitters to step up and add to the offense that we know we will get from Jacy. I am looking forward to steady improvement as the season progresses and hope to be contenders in conference and post-season play.

Kellyn Lipasek-RHS class of 2018 is in her second year at Highland CC.