SEK SPORTS Football 3A and 2A District Previews and Predictions 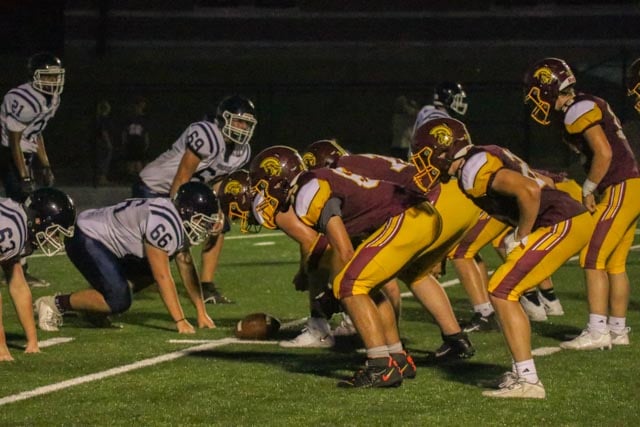 Tough District. Columbus is a little beat up and trying to get healthy, Galena’s only loss coming to an Oklahoma School and they handled Riverton last week. SEK #5 Caney Valley undefeated in Tri-Valley league play and Parsons is off to a 2-1 start. Cherryvale has lost 2 close games, by 1 and in 4 OT’s and Baxter Springs is still looking for the win column.

This a VERY tought district. 4 teams 2-1 or better.

SEK #1 Girard stands at the top and is off to a perfect start with a big win over Columbus. SEK #3 Prairie View has been very consistent over the past few seasons and are alos 3-0 after an impressive victory over Parsons last week. SEK #4 Frontenac’s only loss came to Oklahoma Class 5A power Coweta and their defense has been impressive early. Burlington is 2-1 after losing the 1st game of the season and being creative with their schedule. Anderson County is in the win column after a come from behind victory over Santa Fe Trail and Iola started the season with a win and has fallen in their last 2 games.

Riverton lost their 1st game of the season to rival Galena after an emotional week. Southeast is 2-1 after playing a state ranked 1A Sedgwick team on short notice. Erie started out with a win but has dropped 2 in a row against SEK Sports ranked and undefeated opponents. Fredonia took 4 OT’s to get their first win of the season heading into districts, Neodesha has an 0-3 record but their opponents are a combined 8-1. Colgan is 0-3 but their schedule has consisted of 3A teams, 2 ranked in SEK Top7 and 1 in the others, with a combined record of 7-2, both losses to Oklahoma teams.

This is a very tough district representing 4 different leagues and 3 teams enter the district undefeated.

SEK #7 Eureka is 3-0 and has only given up 6 points per game. Osage City is 3-0 as well and only given up 8 points TOTAL and posted 2 shutouts. Wellsville is also a very impressive defensive team only given up 20 points as well against only 3A opponents. Humboldt played a Missouri team as a fill in week 1 but has since gone 2-0. Jayhawk-Linn is 1-1 after an open date week 1.  West Franklin is still looking for first win heading into districts.