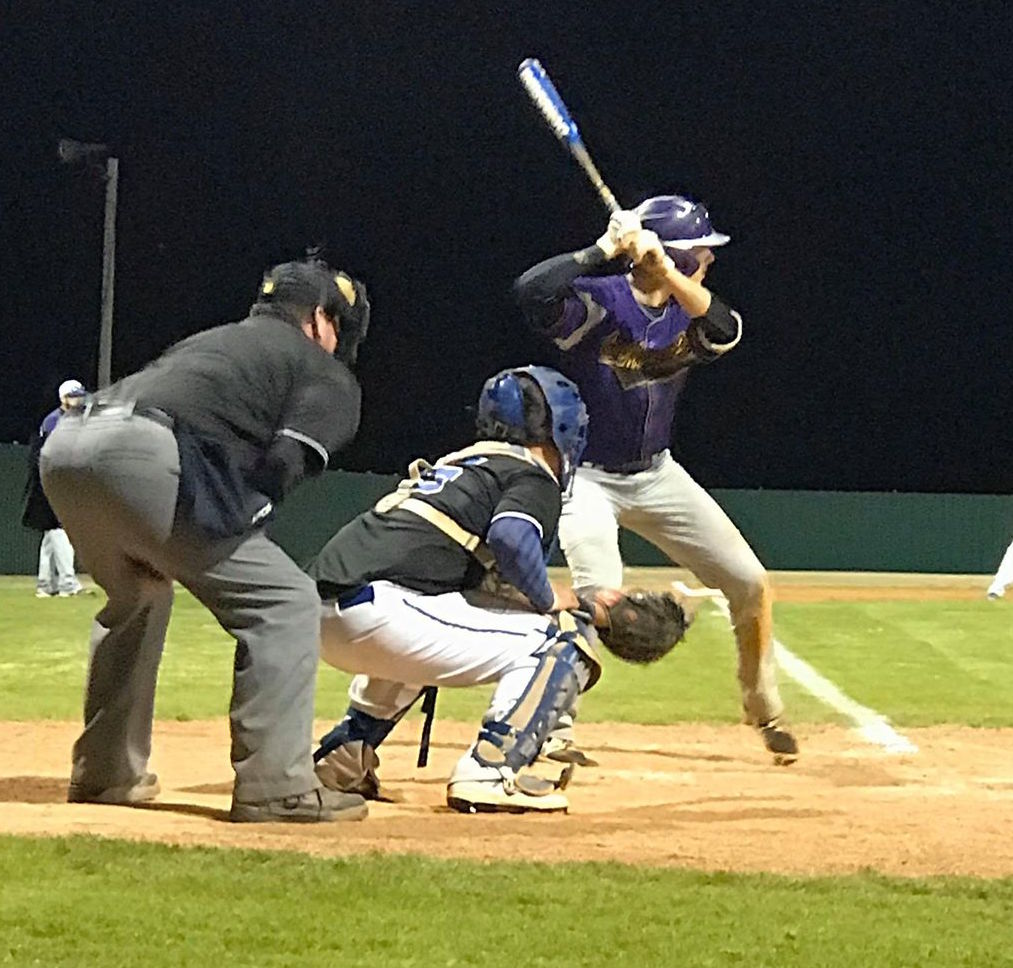 COFFEYVILLE — It has been a rough couple of years for Field Kindley High School senior Kyle Jackson.

As a junior, the Coffeyville native had to miss his entire baseball season after surgery on a torn labrum. So heading into his senior campaign, Jackson not only had high expectations for himself but plenty of excitement with a return to the diamond.

Unfortunately, it’s been anything but an exciting spring for the senior. Following the disappointment of his junior year, he was forced to miss his senior season of baseball as well after the Kansas State High School Activities Association cancelled the 2020 campaign due to the ongoing COVID-19 pandemic.

“It was terribly difficult to hear the news after working hard to get back to play for my senior year,” Jackson said. “I had done rehab on my shoulder just to get back into playing shape. There was a lot of light weightlifting, bands and overhead stretching. I just wanted to get back out on the field. As a team, I wanted to finish at least .500 and be underdogs in the SEK. I wanted to be a good teammate to the underclassmen and pass on good advice to them. I also wanted to achieve All-SEK and All-State selections.”

His four-year high school athletic career was cut short, but Jackson will still have the opportunity to continue competing at the collegiate level as he signed to play baseball across town at Coffeyville Community College.

“Luckily, next year I get the opportunity to play baseball at CCC and further my baseball career,” said Jackson, who officially signed a national letter-of-intent with the Red Raven baseball program in December. “I had a couple of other schools interested in me, but I never pursued them. Once I talked to Coach (Jake) Martin, I felt like it would be best to stay home and develop at CCC.”

Jackson missed his entire junior season of baseball due to labrum surgery. He was coming off a sophomore season in which he hit out of the three hole for the Golden Tornado while picking up three saves on the mound. He was named All-Southeast Kansas League First Team and also All-Area Second Team at catcher, pitcher and shortstop by the Montgomery County Chronicle and Prairie Star newspapers.

Although Jackson felt like there were missed opportunities in his career by not being able to play his junior and senior seasons of baseball, he still had plenty of success during his Field Kindley athletic career.

Not only did Jackson play baseball, but he was also a standout in the pool for the Golden Tornado boys’ swim team. A three-year participant for the ‘Nado, Jackson qualified for state all three seasons.

Just this winter, Jackson competed in the Class 5-4-3-2-1A State Boys’ Swimming and Diving Championship in Topeka. He finished in 24th place in the 50 freestyle at 23.91 seconds and was also a member of the 200 freestyle relay team that took 23rd overall in 1:41.22.

“Qualifying and going to state was a really cool experience,” Jackson said. “There’s nothing like going up against the best of the best in the state. I loved every bit of my career. I will always remember the great memories I had swimming with some of my best friends.”

“I have swam competitively since I was six during the summer,” Jackson said. “Then I took a break to play baseball. I started again in high school. It’s challenging to swim in the SEK because there’s not a lot of swim teams here. There’s about five to 10 really good swimmers here. But when you compete against the bigger schools, everyone has swam for years and is really good.”

Beyond Jackson’s athletic career at FKHS, he has also been active in other clubs and organizations at school, including four years of Student Council, four years of FFA and two years of Interact Club. He served as the Green-hand officer his freshman year of FFA and has also been the Vice President of the Interstate Fair and Rodeo Junior Advisory Board the last two years.

As seniors are wrapping up their final days at Field Kindley, they are still hopeful for a traditional graduation ceremony in the near future. But with everything that has gone on over the past few months with the ongoing pandemic, Jackson said it has been tough to reflect on his high school days while also looking ahead to college.

“It’s been very tough and sad,” Jackson said. “It’s not something you count down the days of ending, like most things, because no one knows when it will end. I’m just trying to make the best of the situation by spending time with family and bettering myself.”

In addition to competing in baseball, Jackson will be majoring in Construction Science and Management, with a minor in Agribusiness. After CCC, he hopes to continue his baseball career at a four-year university.

The Red Raven baseball team, which competes in the Eastern Division of the Kansas Jayhawk Community College Conference, had an 8-11 record this spring before things were shut down due to the pandemic.

SEK-SPORTS: Who is your favorite athlete? Favorite sports team? Favorite music group/singer?
JACKSON: “My favorite athlete is Mike Trout. He always plays the game hard, and he’s never in the headlines for anything other than being very good at baseball. I’m a diehard St. Louis Cardinals fan. My favorite singer is Luke Combs.”

SEK-SPORTS: Who are the people that you look up to as far as role models?
JACKSON: “The people I look up to the most is my parents. They’ve always been there and sacrificed so much to put me in positions to succeed … not only in baseball but in life as well.”

SEK-SPORTS: What is a fun fact about you that people may or may not know?
JACKSON: “A lot of people don’t know that I hit for the cycle in a game my sophomore year.”

SEK Basketball Standings (Through games of 2-12-21