Thank you to the following sponsors for supporting our coverage of local student-athletes.

New to our site this year is our Student-Athlete of the Week. One boy and one girl student-athlete are recognized from each of the 7 leagues we cover. This will help us promote the accomplishments of our student-athletes on and off the field.

It is the “SEK-Sports.com Student-Athlete of the Week”.

Here is this week’s SEK-Sports.com Student-Athlete’s of the Week. 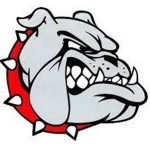 Anderson County football had a big win over Parsons on Friday night thanks in part to Bo Dilliner’s eye-popping performance. The junior running back recorded 353 yards on 28 carries (12.6 ypc) along with 4 touchdowns and 4 2-point conversions.

The Pittsburg Purple Dragons football squad was tested on Friday night by the Chanute Blue Comets. Thanks to the rushing effort from Shay Mahnken Pittsburg held off Chanute and improved to 2-0. Mahnken posted 204 yards rushing and 2 touchdowns in Friday night’s win. 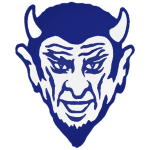 Sedan’s Eli Campbell got things done on Friday night for his team on offense and defense en route to a 48-0 win. Campbell led his team with 129 yards on the ground on 6 carries (21.5 ypc) and a touchdown. On the defensive side of the ball he had 5 solo tackles and 4 assists. 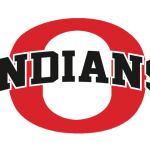 Mother Nature played havoc with Cross Country meets last week, but the threat of weather didn’t stop Trayton Walk. The Oswego sophomore placed 8th in the Fort Scott Meet on Thursday, September 12. With approximately 1 1/4 mile to go Trayton was in 16th place. They medaled the top 15. Trayton was able to pass 8 runners in the last 1 1/4 to finish in 8th position. In doing so he broke the Oswego school record set for the Fort Scott meet. He broke the school record by over one minute. 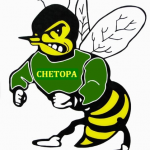 Chetopa’s Sam Blundell is described as “a powerhouse on the net”. This week she had a personal game best of 9 blocks in one match against Liberal. She finished the week with 25 kills and 13 blocks. She currently leads the league in kills(116) and blocks (50). Her coach, Jill Blackledge, described her as a great athlete and a great student. Besides Volleyball, she is also active in FCCLA, National Honor Society, and FFA. Coach Blackledge noted “Sam is always giving it her all on and off the court. She is an overall great person.” 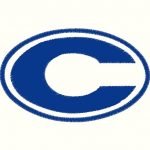 The co-players of the week from the Cherryvale football team had a great tag-team effort in their win over the Bluestem Lions. Hooper went 8-of-14 for 176 yards and 4 touchdowns with no interceptions. Hooper’s favorite target Friday was Zaine Lantz, ho caught 4 passes for 136 yards including 3 touchdowns. Coach Harry Hester said of their performance, “We were able to mix the runa dn the pass effectively. Zaine Lantz had a huge night.” 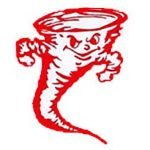 Gracie had 36 service points, 112 good serve receives and 105 digs this week. She was also chosen to the Eureka All-Tournament Team this past week. Eureka Volleyball head coach Pam Pitko added, “She has an incredible ability to read, is a great communicator and competitor. She has very quick feet and a great ability to control the pass.”

No nominations were received from the CNC and Lyon County Leagues this week.

Thank you to all the coaches and AD’s who submitted their nominations!

Please bear with us and our coverage area schools as this is a new feature and will take time for all coaches and AD’s to get into the mix on.

Don’t forget we are accepting Senior Showcase nominations, click here to submit yours.